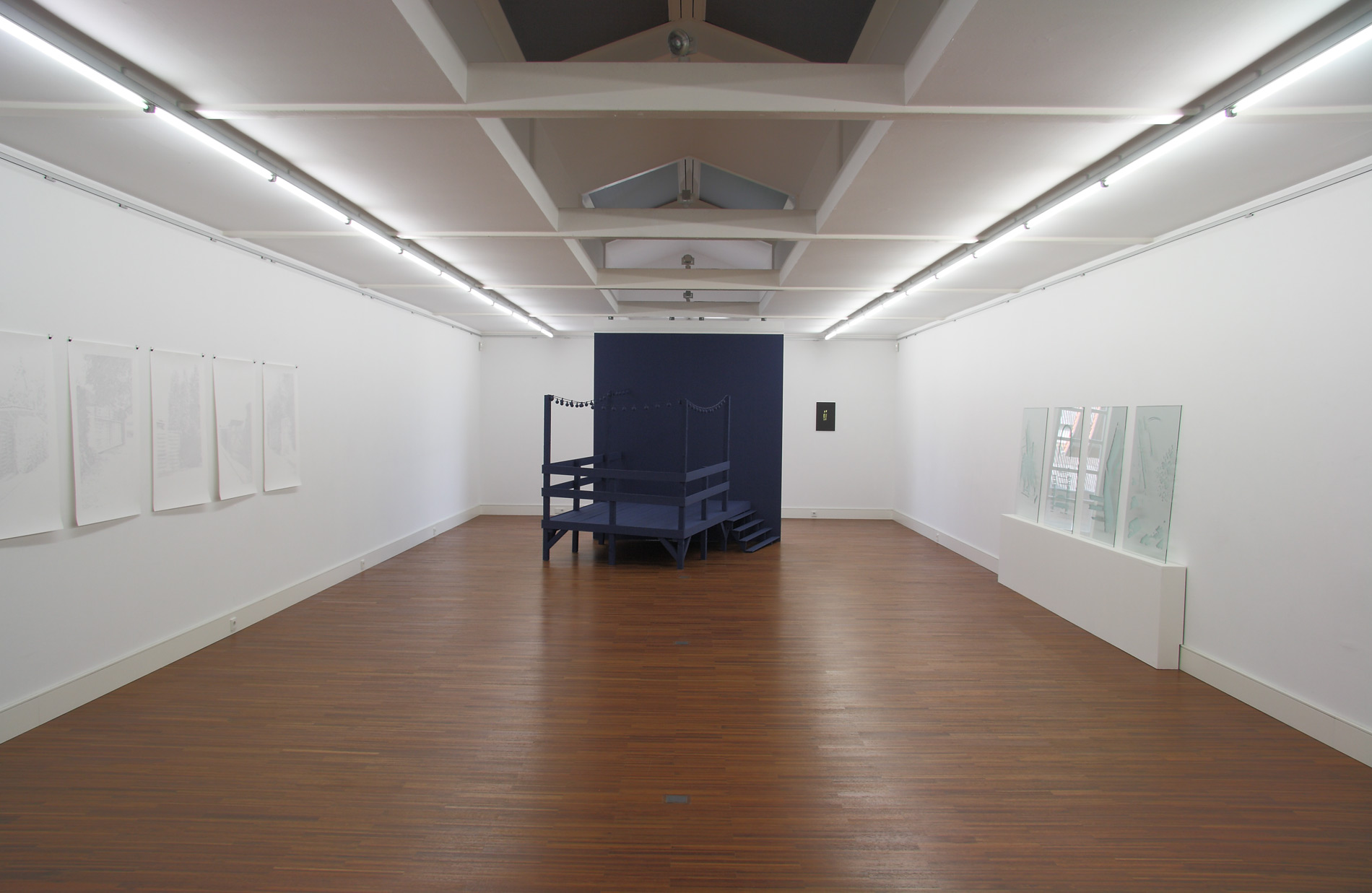 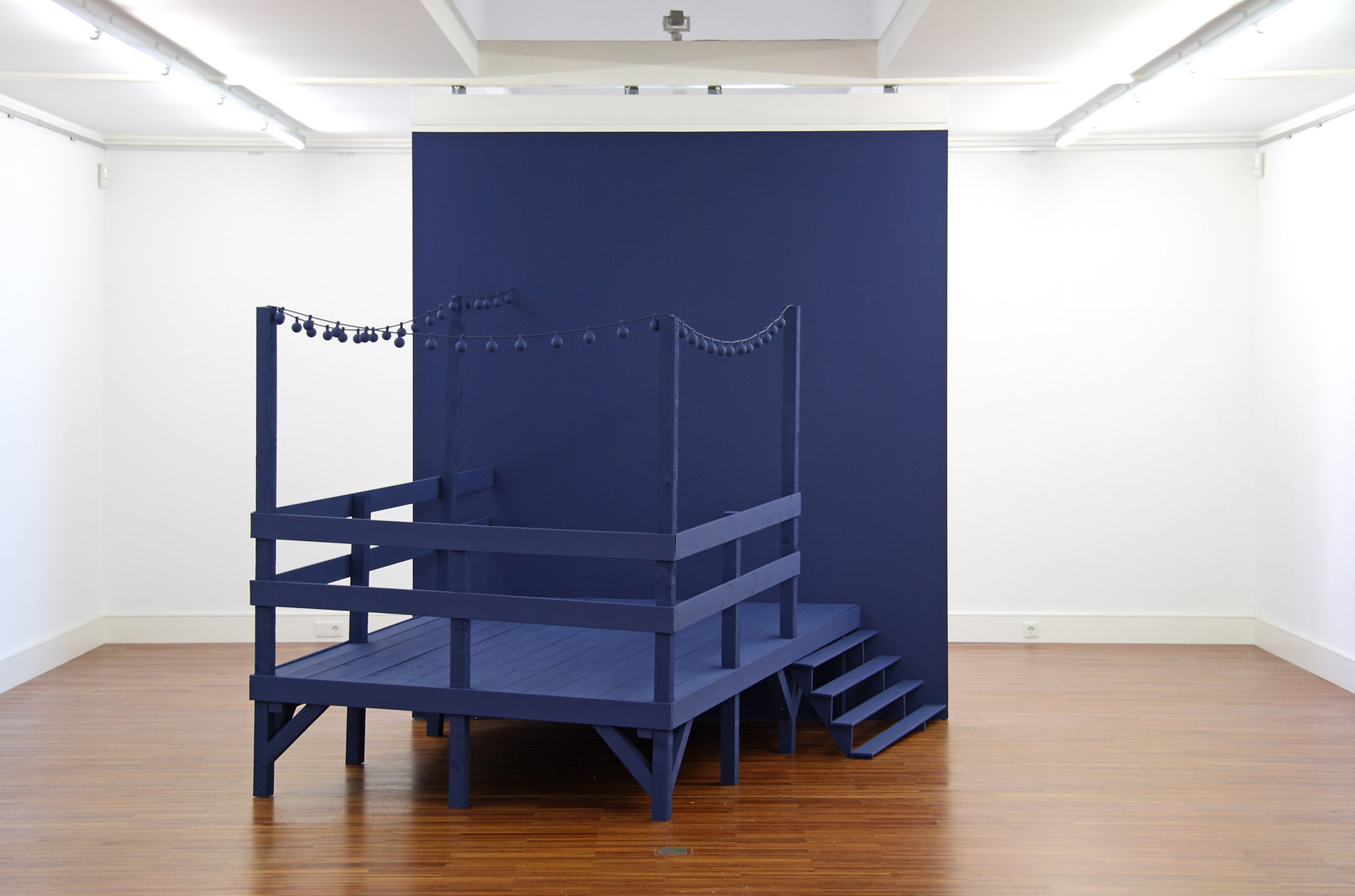 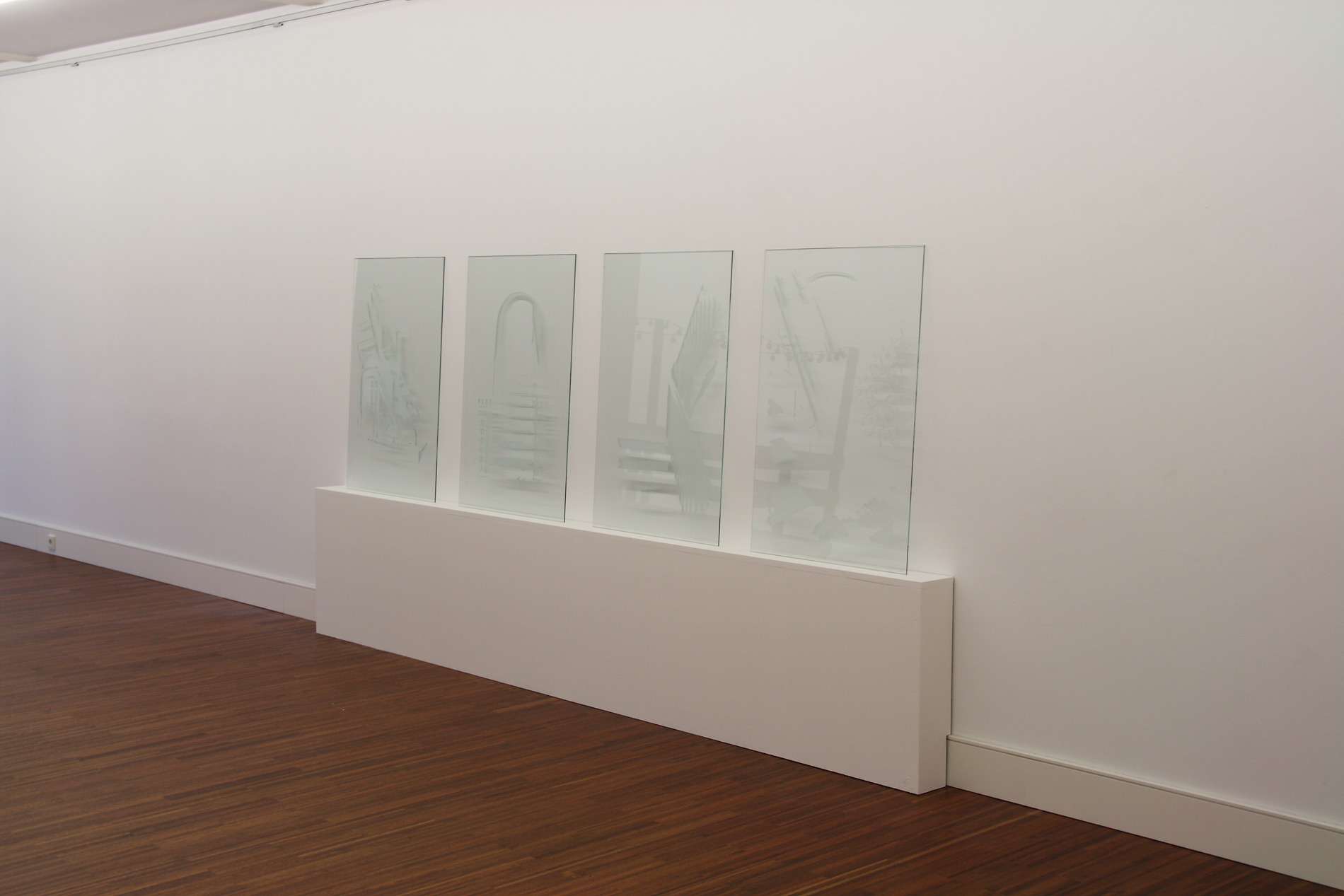 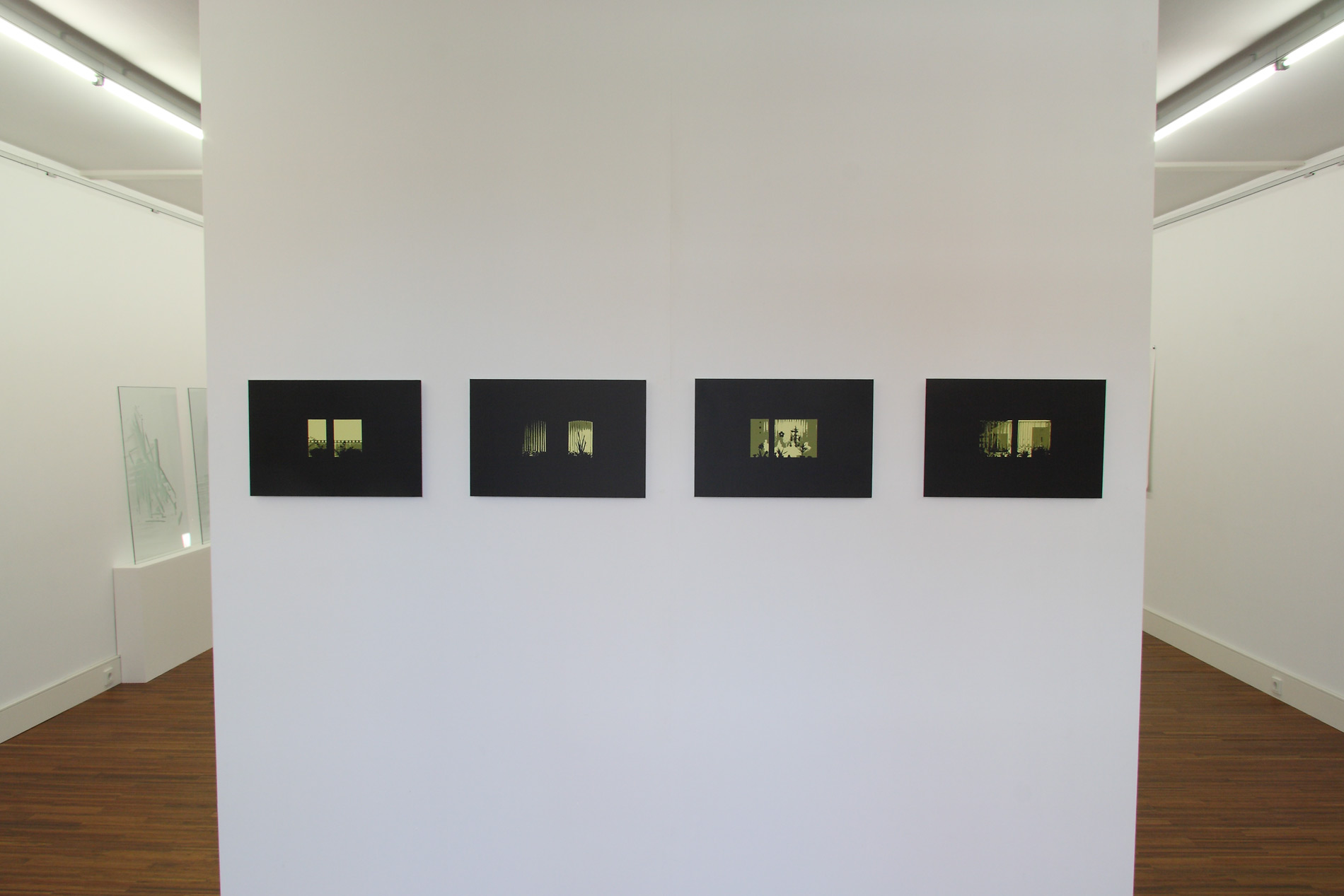 Bernhard Balkenhol (catalogtext)
Islands
Villages displayed in the landscape resemble small lakes and are energized by roads and lanes. According to the people living there you could also speak of islands. They settled on this piece of land and started building a community. They could be together there and could also be protected from the outside world. The residents of these islands, however, also built their own little islands or hideaways where they could retire to and were sheltered from views and access of other people. Within these hideaways, however, separated or only accessible by stairs you can find even smaller sanctuaries such as a small private room where he/she can be completely on his/her own. Continuing this walk you get to the furniture and finally the clothes and minds – alert or asleep.
“No man is an island” is a proverb. At the beginning of the 17th century the poet and preacher John Donne wrote this sentence and elaborated on it. “Every man is a piece of the continent, a part of the main, if a clod be washed away by the sea, Europe is the less. Any man’s death diminishes me, because I’m involved in mankind.” He wanted to emphasize the importance of each single person within the community and his/her commitment there.
Nevertheless limits are also required. At least this is how Michael Göbel feels about this. He spent 3 months in the small village Willingshausen in the Schwalm where he had been granted a stipend covering his living and labour expenses. He called his exhibition in the local exhibition hall quite ambiguously Islands.
In this exhibition Michael Göbel shows fences, hedges, and gates separating the concerning premises and courtyards. It is difficult to distinguish between the ‘From where’ and ‘Where to’ regarding the flight of stairs he displays. He also reveals illuminated windows at night which draw curious glances like moths to the flame. On his invitation card as well as his poster Michael Göbel shows himself as a stranger approaching the village. With his yellow cagoule this is like being rigged up into an ancient black and white postcard.
These photos are basically all strictly documentary photos. They seize the action emotionlessly and precisely. But they still allow the photographer to show his motivation “to see something” due to his specific detailed visual design, his line of vision, and perspective distortion. The images, however, block the observer’s view and make him/her realize that he/she is still on the outside and actually cannot and is not to see anything.
Michael Göbel used those photos of the various separations in the village as a guide-line for his large-sized drawings. These, however, don’t reproduce the photos with their colourful variety but were done in a nearly invisible grey. Using a marker he turns them without any obtrusiveness into a hachure as though the walls and their natural cover resisted the visibility and actual appearance. The themes melt into a graphic effect and thus transform the picture into a picture of the picture.
Michael Göbel also interpreted the photos of the staircases by reducing them to a simple chiaroscuro and etched this onto glass plates. You have to find a certain angle to clearly experience them at all. When walking up very closely to those plates the picture dissolves into hardly significant opal and shiny areas. Looking at them from a distance again these pictures seem to be a colourless optical reflection on a window also limiting the curious view.
And finally the luminous spots in the dark night, i.e. the windows ablaze with lights. They, too, do not grant any insight. Nobody is to be seen and only the periphery of the privacy is illuminated: the curtains and decoration as an indirect statement and minimized link to the inhabitants.
Thus these windows, staircases and barriers give the impression of being more than a mere theme especially within the artistic processing. The theme is turned into a metaphor by which the reserved objectivity is being personalized. Here the question arises about mankind and his attitude and about the observer’s viewpoint and projections – this being the case despite or because of the obstacles having been put into the observer’s way.
The centre piece of the exhibition was the propped up dance floor which got to the heart of the picture by being objective and realistic. This dance floor with its lampions rises above the hustle and bustle of a village fête – representing an island as well and also inviting to cheerful dancing and hilarious and tender together­ness. But then it is already night and the dance floor in a dark blue shade is empty again, and has shrivelled to half of its size and has partly disappeared into a wall. This image – something like this or on principle – is like an afterthought, a memory of something that has turned into something of the past.